The developments in the Criminal Justice System for addressing Child Sexual Abuse (“CSA”) have majorly been knee-jerk reactions with minimum to zero consultation with stakeholders and experts; be it the increase in the age of consent in 2012 or the introduction of death penalty for child rapists in 2018. Both measures were in response to events that evoked public outcry and were subsequently critiqued as a failure to address the core of CSA. Clearly then, the legal system has failed to understand the socio-political reality of CSA. This begs the question: what is the role of law in combatting abuse?

In this piece, I argue that India’s legal response to CSA has failed. Firstly, I show that excessive reliance on punishment has failed to address the causes of abuse and holds the potential to harm children. Secondly, I assess the effect that the Criminal Justice System has on the healing of the survivor. Then, I look at the law through ‘Mandatory Reporting’– a transformative legal measure which purports to move beyond criminalization; and evaluate the true implications such a measure holds for combatting abuse. In conclusion, I explore the possibility of a non-legal response to CSA, one that is focused on healing and not excessive criminalization.

Broadly, the legal framework in India comprises of the Juvenile Justice (Care and Protection of Children) Act, 2015 (“JJ Act”) and the Protection of Children from Sexual Offences Act, 2012 (“POCSO Act”). The JJ Act is a social legislation1“…Keeping in view the beneficial nature of the socially oriented legislation, it is an obligation of the court where such a plea is raised to examine that plea with care and it cannot fold its hands and without returning a positive finding regarding that plea, deny the benefit of the provisions of an accused…”; Bhola Bhagat v State of Bihar, (1997) 8 SCC 720., rehabilitative in nature2“…There is also need for larger involvement of informal systems and community-based welfare agencies in the care, protection, treatment, development and rehabilitation of such juveniles…”; Pratap Singh v. State of Jharkhand, (2005) 3SC C 551. and is to be interpreted as a beneficial legislation. On the other hand, the POCSO Act prescribes punishments for Child Sexual Abuse and is to be interpreted strictly as a criminal legislation. Both laws espouse the best interest 3Article 3, UN General Assembly, Convention on the Rights of the Child, 20 November 1989, United Nations, Treaty Series, vol. 1577, p.3. of a child principle.

Why does abuse occur?

Structural Stress (economic status, employment, education, etc.) and cultural norms concerning violence have been described as the driving factors for Child Abuse.4Richard Gelles, Demythologizing Child Abuse, 25 THE FAMILY COORDINATOR 2, 135 (1976). In simple terms, when someone abuses a child, motivation can be attributed to the stress inflicted by the system. In a similar vein, violence towards children has been culturally accepted, mandated, and declared as an essential in child rearing (spare the rod, spoil the child). This tacit approval of violence as a method of child caretaking by society has been instrumental in legitimizing abuse.

What does the law do?

Instead of unearthing and remedying these underlying causes that are the drivers of child abuse, the current legal framework focuses only on arbitrarily increasing punitive measures against abusers. Such an approach is detrimental for survivors. Most abusers are known to the child or are in close relation to the child.594.6% of cases registered under rape and rape read with penetrative sexual assault of children, were committed by people known to the victim; Table 3A.4, Offenders Relation to Victims of Rape – 2016; available at: https://ncrb.gov.in/sites/default/files/Crime%20in%20India%20-%202016%20Complete%20PDF%20291117.pdf. In cases of incestual abuse, the child thinks of the abuser as a well-wisher and is afraid to let go of the amount of trust they repose in the abuser. There is an element of trust between the child and the abuser that is broken. If not dealt with delicately, it can be hard for the child to move on. For a child then, among other reasons, a death penalty to their abuser would exacerbate their trauma.6The American Supreme Court struck down Georgia’s death penalty statue for child-rapists and recognized the trauma that the statue would inflict on the survivor; Furman v. Georgia, 408 U.S. 238 (1972; available at: https://www.scotusblog.com/archives/07-343_cert_amicus_nasw.pdf

The Criminal Justice System v Healing of the Child

This punitive approach of the criminal justice system focuses on the accused rather than the victim and their trauma. The child is a mere trigger for the Criminal Justice System to be set in motion. The child is reduced to a mute spectator. By forcing the child into the criminal justice system, the energy and time that could have been directed towards healing is directed towards ensuring that the child can navigate the justice system unscathed. It almost seems like the system adds additional stress even as the child is still in the process of processing the initial trauma.7“… Experts believe that children are often more traumatized by the court proceedings than by the sexual abuse…” 26 KAREN L. KINNEAR, CHILDHOOD SEXUAL ABUSE 26 (2d ed. 2007). Even in cases that go to trial, logical conclusions are not reached. There is no guarantee of “justice” for the child. However, the survivor will undergo additional trauma. Their sense of agency and choice will be lost. By all accounts, they will come out of the system feeling that no one was willing to listen to their voices. With such an understanding of the justice system, it is necessary to evaluate whether we should have the Criminal Justice System as the first port of call at all.

Section 19 of the POCSO Act 2012 makes it mandatory to report every instance of abuse that any lay person, health care professional, lawyer, etc. comes across. If not reported, the person concerned would be punished. Such a law is well-intentioned, as it acknowledges that abuse is a power game and gives society the responsibility to report it.

However, on closer examination, this provision deprives the child of his/her agency. It forces a child privately expressing their traumatic experience to deviate from the healing process and to re-live the traumatic experience publicly in a court of law multiple times. Instead of helping the child move on from the abuse, the abuse becomes the focal moment in the child’s life. A report on the effect of such mandatory disclosures highlights that parents who have seen their child go through the additional trauma of the criminal justice system have said that they wouldn’t have approached institutions to seek help for their child if they were aware of the situation.  Moreover, since reporting can be done without the knowledge or consent of the child or its parent – it puts a therapist, or a child’s confidante in a precarious position where they stand to lose the trust of the child.8Sam Warner, Disrupting Identity through Visible Therapy: A Feminist Post-Structuralist Approach to Working with Women Who Have Experienced Child Sexual Abuse, 68, FEMINIST REVIEW (2001); Melinda F Davis, William N. Marshall Jr. and Ellen Price, Attitudes toward Child Abuse Preventions, 34 JOURNAL OF THE ARIZONA-NEVADA ACADEMY OF SCIENCE 2 (2002), pp. 112-119.

A non-legal imagination to combat CSA

Mandatory reporting on its own cannot be of help. There is an ecosystem within which CSA operates and this needs to be considered as it plays a huge role in making the child resilient and strong to handle reporting and its fallout. This ecosystem includes everything from cultural contexts, community, and family as well as child protection systems. Without strengthening and sensitizing them, it is cruel to expect the child to deal with the aftermath of reporting.

While mandatory reporting may be necessary in a situation of abuse in child care institutions, law adopting a ‘one size fits all’ approach for child abuse is not the solution. It boils down to the kind of situation in which the abuse occurred, the relationship of the victim with the abuser, etc. There are various conceptual intersections at work in different cases of child sexual abuse. They need to be considered and assessed and this assessment must be reflected in the way that case work is conducted.

Hence, while legal intervention would be an answer to abuse in an institutional setting, it might not be the answer in all cases of abuse. For example, while dealing with incestual abuse there needs to be balance between familial autonomy and coercive intervention. Children may have the resources to live with the abuse because that is their reality, but they often lack the resources to deal with the aftermath of reporting the abuse. Familial intervention, where the abuser is held accountable in the family setting and forced to cease the abuse (all the while ensuring that the child is removed from the abusive setting), may prove to be of use.

If we do intend to end child abuse, in addition to strengthening implementation of existing laws; we need to set up mechanisms that dispense proper sex education to children and professionals involved with child-care. This includes setting systems to check abuse and yet ensuring that the child’s autonomy is not lost. Such systems should also extend to providing mental health care for the child to move over the abuse. In the end, what should be at focus is the well-being of the child rather than punishment. Our energies should be directed towards ensuring that there is holistic treatment of the child, ensuring that the child comes out of the event unscathed – and while the POCSO Rules include counselling services and support persons for children, an excessively punitive framework which inflicts additional stress on the child needs re-evaluation.

Abuse is a social problem, and law cannot always be the first answer to this social problem; in the case it is – any such law must be survivor friendly. The abuse should be reduced to an event in the child’s life, not a focal event. 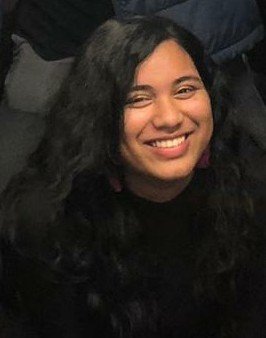 Ridhi Shetty is a fourth-year student at NALSAR University of Law, Hyderabad. She is an Assistant Editor of the Child Rights Blog and is keenly interested in Child Rights, Constitutional Law, and Development Studies.