One of the biggest challenges India faces is in combating child labour, about 10.1 million children are engaged as child workers in the country. It is immensely important to safeguard children and to review the legal protections available to them. In India, the Child and Adolescent Labour (Prohibition and Regulation) Amendment Act, 2016, the National Policy on Child Labour, 1987 and the National Child Labour Project Scheme (NCLP) forms the core of legislative structure combating child and adolescent labour. In addition to this, the Juvenile Justice (Care and Protection of children) Act plays a significant role in combating some forms of child labour, specifically ‘worst forms of child labour’. It also provides rehabilitation and care to the children rescued from such work. However, the NCLP Scheme and the Child and Adolescent Labour (Prohibition and Regulation) Act fall short of providing adequate institutional support to a significant number of children rescued from various forms of child labour, including the worst forms of child labour.

It must be pointed out that the principle of best interests of the child is the basis of the Juvenile Justice Act (JJ Act), along with the specific objective of effective rehabilitation and reintegration of the child into the society. Following is an analysis of the evolution of the legislations and policies in place to combat child labour in India. It specifically shows how the JJ Act plays a crucial role in protecting the children and adolescents rescued from child labour by filling in the gaps left out by the child labour legislations.

Pre 1986 – Before the implementation of the Child Labour (Prohibition and Regulation Act), 1986

The Children’s Act, 1960 established Children’s Homes and required the provision of accommodation, facilities for education and overall development of personality of the neglected children. However, the definition of ‘neglected child’ was not inclusive of children rescued from child labour and this can be attributed to the fact that child labour wasn’t prohibited in India until the year 1986. Initially, even the JJ Act, 2000 did not include ‘working child’ within the definition of a ‘Child in Need of Care and Protection’ until the JJ Amendment Act, 2006.

The Child and Adolescent Labour (Prohibition and Regulation) Act, 1986 elaborates upon the type of work that will be considered as child labour. It provides for regulating working conditions for ensuring the safety and uninhibited development of children. The Act also prescribes punishment for engaging (or) permitting children to work against its provisions. However, this Act, first enacted in 1986, did not provide for any protective environment/institutional care for rehabilitating the children rescued from child labour.

During this period, the National Child Labour Project Scheme was in effect, through which children rescued from child labour were put in special schools/rehabilitation centres for their rehabilitation and mainstreaming into formal education system within a maximum period of 3 years. It was initiated in 1988 in 9 districts and gradually expanded to cover over 313 districts. Currently, there are over 6000 special schools through which more than 10 lakh children have benefited.

The NCLP Guidelines which were in effect till 2016, provided that the target group of the NCLP Scheme is only children below 14 years of age. Hence, the rehabilitation measures undertaken through the NCLP Scheme were available to a restricted population of children based on their age and only if their respective districts were covered by the Scheme.

Even the Revised NCLP Guidelines 2016 while extending the ambit to cover the adolescents (aged 14 to 18 years) rescued from hazardous processes and occupations, limited its intervention to rescue and facilitate opportunities in vocational training through already existing skill development schemes. It does not provide for any provision for rehabilitation of adolescents directly under the NCLP Scheme.

Both the JJ Act, 2000 and JJ Act, 2015 provide for the establishment of children’s homes and shelter homes for catering to the needs of children in need of care and protection. However, as explained earlier, the definition of ‘child in need of care and protection’ did not include ‘working child’ until the JJ Amendment Act, 2006. Therefore, leaving out most of such children from institutional care between 1986 to 2006. There is no doubt that the establishment of special schools/special training centres came as a relief to children in districts where the NCLP Scheme was implemented post the 9th (1997-2002) and 10th Five Year Plan (2002-2007) covering 250 districts but still leaving out all the adolescents (aged between 14 to 18 years) who were involved in hazardous processes and occupations. This is in consonance with the Child Labour (Prohibition and Regulation) Act, 1986 which confined its applicability to children below 14 years of age as it was only with the enactment of Child and Adolescent Labour (Prohibition and Regulation) Amendment Act, 2016 that the Act extended its applicability to adolescents involved in hazardous processes and occupations.

The JJ Act, 2015 can be perceived to be filling this void left by the Child and Adolescent Labour (Prohibition and Regulation) Act. It adopts a multipronged approach against child labour as it provides protection to the children rescued from child labour, prescribes punishment for individuals who exploit children by engaging them in some of the worst forms of labour and also necessitates providing skill development and vocational training to such children while they are in the Child Care Institutions.

Through the JJ Act, 2015 the definition of a Child in Need of Care and Protection (CNCP) is specifically extended to cover children who are found to be engaged in work against the provisions of existing labour laws. Thereby, providing rehabilitative institutional care to such children and adolescents through the children’s homes and shelter homes post the 2016 Amendment to the Child Labour Act. It is pertinent to note that the registration of childcare institutions have shot up since 2015 with the wider institutional support made available to the CNCPs.

The JJ (Care and Protection of Children) Act has widened the scope of protection available to victims of Child Labour, specifically pertaining to the worst forms of Child labour. The Act fills in the gaps left by the NCLP Scheme and the Child Labour (Prohibition and Regulation) Act in terms of institutional support to children as well as rehabilitation facilities. Moreover, the Revised Guidelines of NCLP Scheme did not provide for rehabilitation facilities or any kind of institutional support to adolescents. With the reach of JJ Act, children and adolescents found in contravention with the labour laws are now provided with institutional support, rehabilitation and vocational training through Child Care Institutions established across the country. However, a systemic change in the functioning of the Child Care Institutions is the need of the hour to ensure the interests and the well-being of the children are safeguarded. 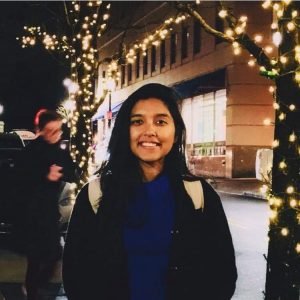 Apoorva Sabavath is a fourth-year law student at NALSAR University of Law, Hyderabad. She has previously worked with DEVISE and UNICEF on projects related to child rights & juvenile justice. She is keenly interested in the field of child rights and public policy.