‘Master’ is all about how a teacher at an Observation Home saves scores of children in conflict with law (“CCL”) from being exposed to criminogenic institutions as it turns them into habitual offenders. It showcases how such children are extremely vulnerable and can easily fall prey to rackets and organized crime. A notable dialogue for reference is when the Principal Magistrate of the Juvenile Justice Board (“JJB”) says that the children who are accused of petty theft are being taken to Observation Homes and once released they return, now being accused of committing serious or heinous offences. This is not just relevant to one Observation Home but almost all the Observation Homes in India. This Article will further explain why efforts should be made to divert children from the criminal/juvenile justice system.

How does diversion help?

When a child commits an offence, then she/he can either be subjected to the formal juvenile justice system or they can be taken through a process which is completely independent of the formal criminal justice system. The latter is known as ‘diversion’ of CCL. Diversion is an attempt to make the child understand the impact of her/his actions and to accept accountability for the same, it can be done via counselling; mediation; supervision; and other similar methods without subjecting the child to the criminal justice system.

“The Beijing Rules” specifically states that an attempt should be made to divert CCL from a formal judicial setup that includes courts; tribunals; boards; councils; and other similar institutions. UNICEF provides a comprehensive list of reasons as to why it is important to divert children away from the formal justice system. These include the need to ensure that we understand the reasons behind the deviant behaviour, and to help in positive development of the child so that she/he can easily reintegrate into society. The current system is falling short of achieving these goals. If we observe the trends of data as reported by NCRB, we find that cases of CCL recidivism have increased over the years. Even research studies have shown that when children are exposed to the criminal justice system their chances of recidivism increases and hence such processes perpetuate the malady instead of curing it.

Moreover, exposing children to the ravages of prisons has grave impacts ranging from  poor educational performance to PTSD and mental trauma. The necessity to keep children away from intimidating judicial/administrative structures is reflected in the principle that confinement of children should be the last resort and the same has been enshrined in the United Nations Convention on the Rights of the Child (“UNCRC”)Convention on the Rights of the Child, Nov. 20, 1989, 1577 U.N.T.S. 3, art. 37b. as well as the Juvenile Justice Act, 2015 (“JJ Act”).

State of Law in India

The Indian legal position in relation to CCL is codified in the JJ Act. It gives recognition to the UNCRC and the Beijing Rules but despite of that it does not really help in diverting the child away from formal structures of authority. Section 10 of the JJ Act posits a procedure which is almost a mirror image of the procedure adopted for adults accused of a crime, reference being to the requirement of production of the accused/CCL before a magistrate/Juvenile Justice Board (“JJB”) within 24 hours of being apprehended. Considering that the JJB is headed by a magistrate, there is hardly any diversion being undertaken. Further, the child is restrained for those 24 hours, if not in jail at least under the supervision of the ‘child welfare police officer’ – who isn’t disjoint from the police force and is simply an officer “with aptitude, appropriate training and orientation” as required under S. 107 of the JJ Act.

It is evident form the JJ Act that the JJ Board remains the sole avenue for dealing with the matter, with one exception being the involvement of Children’s Court for heinous offenses committed by children over 16 years of age. For other offences, procedure has been laid down in S. 14 of the JJ Act, which entails the board conducting an enquiry which has to be completed within 4 months. For this whole period the CCL ends up staying in confinement at an observation home unless bail is granted. Even though the JJ Act clearly states in section 12 that bail is supposed to be the norm, it is hardly implemented in practice. Even the supreme court has had to emphasise that bail is supposed be the rule and that a CCL has to be sent to an observation home and not a jail in the case of denial of bail – although even the observation homes aren’t much better than the jails as evidenced by numerous reports (can be accessed here, here, and here).

From the discussion above we can clearly see that the principle of diversion has not been incorporated in the Indian context; the institutions for CCL being nothing more than superficially differentiated avatars of the mainstream criminal justice system.

As discussed already an effective alternate strategy through diversion will not only check the tendency of deviance amongst children, it would also help the child to improve his/her life skill and reintegration into society. Eventually, this process will help us in upholding the provisions of UNCRC, including using institutionalisation as a measure of last resort (Article 37 (b)), that every child be given the best possible opportunity for growth (Article 6), that the State should give primary consideration to the best interests of the child (Article 3).

It is hence important for the JJ Act to be amended such that it specifically incorporates diversion strategies for CCL so that they are not exposed to the criminal justice system (even if such a system is child-friendly) and criminogenic institutions. 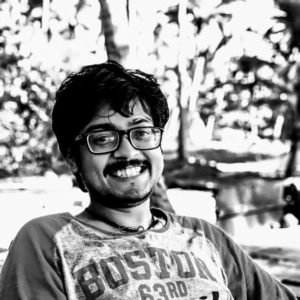