The Right to Free and Compulsory Education Act, 2009 (RTE) was enacted in August 2009, and was enforced in April 2010. This Act states that education is a fundamental right for all children aged six to fourteen. The proposed National Education Policy (NEP), 2020, has expanded the ambit of the RTE to children aged three to eighteen.

Among other things, the RTE decreed that private schools were to reserve 25% of their seats for children coming from underprivileged backgrounds (in this context, “private school(s)” refers to institutions that have fulfilled other requirements that were mandated by the RTE, such as having a permanent structure, separate toilets, and the like). While this provision aimed to ensure that children were not denied basic education merely because they were unable to afford it, it seems to be a very superficial solution, which seems unlikely to help leaven out the existing differences in Indian society.

Most private schools open admission for children aged three years onwards. As a result, by the age of six, most children enrolled in private schools will have already completed three years of formal schooling. Now, if children seek admission at the age of six (the lower limit prior to the proposed NEP 2020), they are automatically at a disadvantage, which means that they will be far behind their peers with regard to their level of learning. While the lower age limit has now been reduced to three years, students may still find themselves in classes where their peers have been in the formal education system for a year or two longer, and this might prove disadvantageous. The RTE does require schools to provide assistance in such cases, but this is also laden with issues. The children will naturally face stigma, and might be excluded by the rest of their peers. Additionally, they will need to put in a lot more extra effort, as they are (in the context of English-medium schools, at least) likely to be first generation English speakers, and perhaps the first generation in their family to be receiving an education.

Even if the school itself offers assistance in this area, the children may be required to give up their sports and other extra-curricular activities for this, and therefore they lose out on valuable facets of a holistic education.

The RTE, additionally, does not account for other forms of discrimination and exclusion that might take place. Most schools in India require students to bring their own lunches, and that is one area where differences between students will be extremely stark. Differences will also be visible in matters such as uniforms, stationery and other seemingly trivial matters. While the RTE requires schools to provide books and uniforms, many school managements have contested this provision that the paltry grant from the government will not cover this expense, and that it is not their burden to bear. Birthdays may prove to be a sore point, with children often vying to see who distributes the fanciest chocolates.

Also, in several parts of urban India, children are sent to a plethora of after-school classes. So, any “talent” they have is well nurtured. This is unlikely to be the case for a student admitted under the RTE. After school, they will return to homes that can ill afford to give them these privileges. This can have a severe impact on the confidence of the child, and their entire experience of a school life. And these concerns may often be disregarded in a culture that largely tends to dismiss mental health issues as something that only affects “other people”. Mental health is something that should not be a privilege but is unfortunately so.

Until recently, children could not be held back till the seventh standard. This essentially allowed schools to be lax about how much learning has actually taken place; they could take the easier route and merely promote children to the next class. While parents who come from more affluent backgrounds, with an educational background were perhaps able to monitor learning outcomes, it will not be the case with first generation learners.

The revised education policy seeks to bring about a shift that focuses more on learning outcomes, but would still be prone to issues. The system proposes to rely on training of anganwadi workers, and on volunteers to impart basic education. However, these measures might prove ineffective in accomplishing the goal of laying strong foundations in the pre-primary and primary education stages.

Impact of the Shift to Online Education

Many of these children come from homes where there are more children than electronic gadgets, but even if there is one gadget per child available, there are other issues. Firstly, internet (or the lack of it thereof). With an increased reliance on online resources for learning itself, children with limited access to internet are likely to fall behind. High internet costs further increase financial burden in already overburdened homes. Additionally, homes may not provide a conducive atmosphere for education, as a sizeable proportion of the country’s population lives in single room households, and most do not have devices that could be used for online education. Therefore, attending online classes in an undisturbed environment is a far-flung dream.

Also, there have been reports of schools preventing students admitted under the RTE from accessing online classes till they paid fees for the year. As a consequence, the children who can least afford to fall back in their education are the ones who are the most vulnerable to the same, by the looks of things. Education is quickly evolving from a right to a luxury.

The RTE seems to merely be an ineffective stopgap solution to a deeper structural problem. These problems exist on two levels – one, at the level of the school itself, and two, in the larger context of the education system.

At the level of the school itself, efforts can be taken towards creating a more equitable environment. Students seeking under the RTE should perhaps be offered a bridge course, ideally before regular classes commence, so that they are able to keep up with the classes. This system is already followed in some places, in order to help out-of-school or irregular children integrate into mainstream formal education. Effective implementation of the NEP 2020 may result in closing the education gap suffered by children under the RTE, but measures will have to be taken till such a time. During the school year, remedial courses should be conducted. Additionally, creation of separate sections for students enrolled under the RTE should be discouraged as this will create a visible ground for discrimination.

Also, parents and students (those not admitted under RTE), and perhaps teachers as well should be sensitised about the need to treat all students with respect. Schools should ensure that any discriminatory behaviour is met with severe reprimand. Additionally, any visible and tangible forms of inequality should be prevented to the maximum extent possible. For example, schools can prevent grand celebrations of birthdays in school, and can instead encourage activities such as the planting of saplings.

The deeper, structural issue is the fact that the educational system itself has to rely on private institutions to ensure the access to education. The reliance on and the rise of the private school system has coincided, or perhaps been the cause of the deterioration of the public-school system. The reason many parents flock to private schools as opposed to the largely more affordable public school one is the large disparity in the quality of education afforded. So it is imperative that the Government works to improve the public school system, as the 25% quota stipulated under the RTE is a mere band-aid solution. 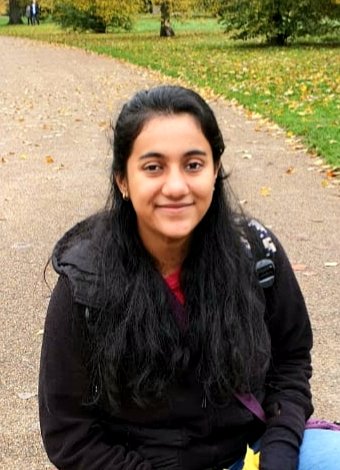 Nitya Ravichandra is currently studying in the third year at NALSAR University of Law, Hyderabad. She is interested in Environmental Law and Human Rights Law, and hopes to be able to work in a field involving their intersection. She also seeks to work towards building a more inclusive society, where a good education is not the privilege of a few.