The Juvenile Justice Act, 2015 brought a significant change – a consequence of the Nirbhaya case. Juveniles aged between 16 and 18 years can now be tried for heinous crimes such as rapes. Many call it a progressive move, with the court recognizing the mental growth of a child at an early age due to advancement in society.

In this article, I argue that the amendment is a progressive step not only because it helps convict juvenile delinquents in the age group of 16-18 years, whose numbers were on a rise; but also because it marks a ‘step’ closer to the acceptance of the doctrine of mental age, especially in criminal law discourse.

In India, the first legislation dealing with children in conflict with law or children committing a crime was the Apprentices Act, 1850. It provided that children under the age of 15 years found to have committed petty offences will be bounded as apprentices. Thereafter, the Reformatory Schools Act, 1897 came into effect which provided that children up to the age of 15 years sentenced to imprisonment would be sent to the reformatory cell. After Independence – with an aim to provide care, protection, development and rehabilitation of neglected or delinquent juveniles – Indian Parliament enacted the Juvenile Justice Act, 1986. It was an Act that brought a uniform system throughout the country. § 2(a) of the Act defined the term ‘juvenile’ as a “boy who has not attained the age of 16 years and a girl who has not attained the age of 18 years”. Later on, the Parliament enacted the Juvenile Justice (Care and Protection) Act, 2000 that raised the age bar to 18 years for both girls and boys.

The Juvenile Justice (Care and Protection) Act, 2015 (JJ Act) reduced the age of criminality from 18 years to 16 years in case of heinous crimes. § 2(33) of the Act defines heinous offences as ones where the minimum punishment is imprisonment for seven years or more, provided there doesn’t exist a minimum punishment or a punishment of fewer than 7 years (Shilpa Mittal v. State of NCT of Delhi).

For heinous offences alleged to be committed by a child above the age of sixteen years as on the date of commission of an offence, § 15 provides for JJB to conduct a preliminary assessment (i) the mental and physical capacity of such child to commit such offence, (ii) the ability of the child to understand the consequence of the offence and (iii) the circumstances in which the said offence was allegedly committed. If the board finds that there is a need for a trial of the child as an adult, he will be tried in a Children’s Court.

The principle of doli incapax is recognized in nearly all jurisdictions across the world today. It means incapability to form an intention and hence incapable of committing a crime. It finds recognition in the Indian Penal Code, 1860 (IPC) as well as JJ Act(s). Thus, it harbours the idea of the capacity of a mind. The capacity is quantified in numbers in India – no one below 7 years can commit a crime (§ 82, IPC); from 7-12 cannot commit if they are immature (§ 83, IPC); from 12 years onwards, they can commit a crime but are to be treated as Children in Conflict with Law (CCL); and from 16 years they can even be tried as adults if the crime is heinous.

The doctrine of mental age partially agrees with the judicial system that India has. It acknowledges the capacity of the mind to form an intention, however, refuses to concretize the capacity in numbers. As per the doctrine, the sole criterion is the capacity to be determined not by fixated pre-determined numbers, but by regards to individual circumstances.

Psychology defines mental age as corresponding chronological age to intelligence score. It was first coined by Alfred Binet & Theodore Simon in 1911 and later refined by L L Thurstone’s theory of primary intelligence. Today there are two tests to establish mental age, with the former preferred over the latter –

The SC does not agree with the idea of imputing mental age into criteria for determining a child. The court restricted the concept to the idea of biological age. In the case of Ms. Eera through Dr. Manjula Krippendorf v. State (Govt. of NCT of Delhi), a division bench of SC was first time faced with the question of mental age. The petition was to treat a rape victim of the biological age of 38 years as a child due to her mental capacity. Her mental age was 6-8 years because of suffering from cerebral palsy. It was argued that under § 2(d) of POCSO Act, 2012 the criteria of determining a child should be one of mental age and accordingly the perpetrators be tried under POCSO.

Justice Dipak Mishra and R. F. Nariman discussed the JJ Act, 2015 too alongside POCSO provisions and finally rejected the petition for the following reasons: –

In few recent decisions, mental age has come into question again. Mumbai Sessions court convicted a man for raping a 28-year-old with a mental age of 64 months and holding the victim’s inability to give consent. [AK3] [TM4] Also, in State v. Nikhil Kumar @ Chohi, a Delhi court while hearing a bail application for a 19-year-old suggested expanding on mental age by pushing the age of maturity. It noted the teenage to be a neo-child and opined that “a child who has just about crossed the legislated age of adulthood i.e. 18 years and remains a young adult (19-20 years) can certainly be afforded the protection of his liberty akin to a child in conflict with law” and that “the principle of ‘best interest’ which may (again) be extrapolated to neo adults from the Juvenile Justice regime.”

It is submitted that despite SC not including mental age as the criteria for determination of child under POCSO the reduction of age of juvenile delinquency from 18 years to 16 years is a ‘step’ closer to the inclusion of mental age criteria.

The decision to treat a juvenile delinquent above 16 years as an adult is not dependent only on the nature of the crime. Even if the crime falls within the category of heinous crime, the court may still treat the juvenile as a child and not an adult. The decision is dependent on the evaluation by the JJ Board. The JJ Board is to determine through a preliminary enquiry about the juvenile’s “mental and physical capacity to commit such offence, ability to understand the consequences of the offence and the circumstances in which he allegedly committed the offence” (§ 18, JJ Act, 2015). Thus, it is evident that the court is determining if the mental capacity of the individual was such that an intention could be formed. The criterion of age is an additional criterion and not the sole criteria.

It is therefore argued that since the court has started looking into mental capacity, which is the very basis of mental age doctrine, the criminal system discourse has taken not many but at least one step towards the adoption of the doctrine. The impending question before us today thus stands – if the judicial discretion and precedent have shut doors for mental age doctrine application in India or are we moving towards accepting it through small steps like JJ Act, 2015. 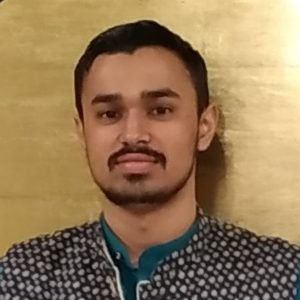 Tanmay Malik is an undergraduate law student pursuing B.A. LL.B. (Hons.) at NALSAR University of Law, Hyderabad, India. His interests lie in human rights especially with regards to prisoners, and in gender and children’s discourses