2021 marks the fiftieth anniversary of the passage of the Medical Termination of Pregnancy of Act 1971 (hereinafter, MTP Act), the chief law governing abortions in India. However, terminating the pregnancy, especially child pregnancies, can be challenging in a country where unsafe abortions result in the death of nearly ten women every day. The much-awaited amendment to the MTP Act finally received the president’s assent on March 25 as the Medical Termination of Pregnancy (Amendment) Act 2021 (hereinafter Amendment Act). Though it has been hailed by some as progressive legislation which would facilitate safer and more accessible abortions, abortion advocates are dismayed that the law continues to ignore to view abortion as a woman’s choice, which is the case in 73 other nations.

This article, in light of the recent amendment, argues that the Amendment Act does not tackle the issues central to the plight of impregnated child rape survivors. It begins by explaining the changes introduced in the Amendment Act. It then proceeds to delve into the central issue i.e., the judicial intervention of courts and their rationale behind allowing or denying termination among the impregnated child rape survivors.

The Act by way of amendment increases the gestational limit under Section 3 up to twenty-four weeks. Permission to terminate pregnancy resulting from a failure of contraception has now been extended to “any woman and her partner”. It seeks to establish medical boards in every state. Furthermore, the length of pregnancy has been made immaterial when there is substantial fetal abnormality.

Section 228A (1) of the Indian Penal Code (IPC) prohibits printing or publication of the identity of any person who is a victim under Section 376, 376A, 376AB, 376B, 376C, 376D, 376DA, 376 DB, and 376E IPC. Sub-section (2) clause (c) of the section creates an exception in cases of minors when the same is authorized by the “next of kin” of such minor victim.  Furthermore, POCSO too bars the police officials, judicial authorities, and the media under Section 24(5), Section 33(7), and Section 23(2) respectively, from disclosing the particulars of a minor neither during investigation nor during the trial.

Following this spirit, the Amendment Act introduced the much-anticipated Sec 5A to secure the privacy of women and forbid any kind of disclosure of particulars of a woman who seeks to terminate a pregnancy under this Act. Despite repeated attempts by the courts to sensitize the authorities, beginning from 1996 in State of Punjab v. Gurmit Singh until recently in 2018 in Nipun Saxena v. Union of India, in reality, these provisions and judgments remain to be paper tiger laws with erring officials, courts and citizens.

Section 8 of the Act explicitly states that no legal proceeding would lie against any medical practitioner for any act done in good faith in accordance with the Act. However, judicial intervention is often sought in cases where the length of pregnancy exceeds the statutory limit. The courts constitute a Medical Board to decide the same. The recommendations of the medical board are often the sole criteria used by the courts to arrive at a judgment on terminating the pregnancy.

Marking the beginning of the trend in Apex court judgments, in Murugan Nayakkar v Union of India & Ors, a 13-year-old minor rape victim with a 32-week-old fetus approached the court to terminate her pregnancy. The medical board in the instant case suggested in favor of termination as it posed a grave risk to the teenage mother. Citing the trauma that the child has undergone, her tender age, and the opinion of the medical board as the reasons, the Supreme Court allowed for the termination of pregnancy.

In Alakh Alok Srivastava v Union of India, the Supreme Court dealt with a case on similar lines. The victim was a 10-year-old impregnated rape survivor bearing a 32-week-old fetus, who approached the court for termination. The Board in the present case concluded that abortion of fetus posed a greater risk than keeping the pregnancy to term. Thus, the Apex Court denied permission to abort.

The High courts have been equally inconsistent in granting permission to abort the fetus of a child rape survivor whose gestational period has crossed the statutory limit.  In the case of Pramod A. Solanke v Dean of BJ Govt Medical College & Sasoon Hospital Pune, a 16-year-old girl carrying a 24 weeks 3 days old fetus approached the Bombay High Court to seek permission for termination. The Medical Board recommended termination citing high physical and mental morbidity and mortality for pregnancy at a tender age. The HC observed that when the statutory limit for termination exceeds, “grave physical and mental injury to the mother or substantial risk” should be the threshold for the court to accord permission. A similar stance has been taken by Kerala HC in the cases of ABC v Union of India & Ors. and XXX v Union of India, when the medical board went in favor of termination.

However, the HCs at various instances have also denied minors the permission to abort basing their decision solely on the recommendations of the Medical Board. In the case of Sikander v State of Haryana, the victim is a 14-year-old rape survivor with a 24-weeks-old fetus. The Medical Board had not recommended abortion as it could pose a grave risk to the life of the girl. The Board, however, offered no explanation on the risks of teenage pregnancy and the possible psychological impact on the child. The court denied MTP upholding the recommendations of the board. Similarly, in the recent case of Sangeetaben Arvindbhai Nayak v State of Gujarat, the Gujarat HC rejected the plea of a 13-year-old rape survivor with a 27-week-old fetus based on the Medical Board report, which stated that termination at this stage would hold risks to the life of the minor.

The SC and HCs have time and again reiterated the fact that the right to make reproductive choices and right to bodily autonomy are facets of Article 21.[1] This right also extends to the minor girls as has been held in Independent Thought v. Union of India. The minor rape victims’ right to abort heavily outweighs the rights of fetus.[2] Despite such constitutional safeguards, minor rape survivors are often made to knock on the doors of the court to obtain permission, which sometimes orders minors to carry forced pregnancies to term.

Solely relying on Medical Boards – especially when the boards do not represent the whole spectrum of medical specialization – might indirectly bring in the bias and prejudices of its members to the court. Furthermore, the Amendment Act does not mention psychiatrists as a part of the Board constituted in every state. The absence of a psychiatrist on the Board can work to the detriment of rape victims, especially when it is a child rape survivor. A child barely understands the nature of crime inflicted on her. The detection of pregnancy is highly unlikely until the physical symptoms such as abdominal pain, weight gain, or protrusion of the abdomen showing. No expression can explain the anguish such a child faces if forced to go through pregnancy. The inclusion of psychiatrists can, to an extent, help in mitigating the stark difference in opinions of medical boards. 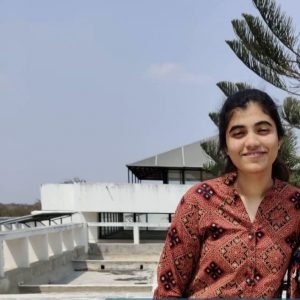