India recently became the 9th country in the world to roll out a nation-wide registry for sexual offenders. The National Database on Sexual offenders (NDSO) is intended to assist the government officials in effective tracking & investigation cases of sexual offences and creating deterrence amongst the offenders. The National Crime records bureau, under the aegis of the Home ministry, is responsible for the maintenance of the database and its regular update. The registry is a knee-jerk reaction to the horrific Delhi gang rape case.

The registry would include the name, address, photo, fingerprint and Aadhaar card numbers of “the offender convicted under charges of rape, gang rape, POCSO and eve teasing”. The Law enforcement officers along with the police will have access to the registry in order to effectively track the registered offenders and narrow down suspects in new cases. The Union minister for Women and Child development reported that the registry plans to include juvenile sex offenders within its ambit as well. This means that these children will face the same consequences and restrictions as their adult counterparts once their name is registered in the database. Including these juveniles within the registry is contrary to the concept of juvenile courts. Juvenile courts were set up in India to give children a non-punitive punishment and registering them in the database would now subject these children to a lifetime of punishment which goes against this basic purpose of the juvenile justice system.

Compelling the juveniles to comply with the registration requirements is grounded on two faulty assumptions on which the registry is based.

First, the main aim of the registry is to reduce the number of sexual offences committed by creating deterrence amongst the offenders. This is based on the faulty assumption that the people who have committed the offence once have a higher chance of re-offending. The problem with this assumption becomes clearer when it is read alongside the fact that the juvenile recidivism rate in India is a meagre 5.4%. Since the recidivism rates are very low, there is no justification to compel these children to comply with the registration process because they have a very less chances of re-offending.

Second, registering sexual offenders relies on the idea that sexual offences are perpetuated by strangers. However, evidence shows that in 93% of the cases of sexual abuse in India, the crime is perpetuated by a known person of the victim. If the offender is a person known to the victim then such a registry can hardly solve the problem of excessive sex crime rate in the country. It is valid to presume that registration will not guard a sufferer from a member of the family and hence from sexual molestation.

The Indian registry is largely inspired from the similar Sex Offenders Registry of the United States which was introduced in the year 2006. The US registry includes the juveniles under the same registry as the adult sexual offenders. Since the NDSO is inspired from its US counterpart, before including juveniles on the Indian registry, it becomes pertinent to study the effect on the children on being registered in the database in the US.

It is observed from various studies in the United States that being included in the registry causes huge psychological harm to these children along with the loss of various opportunities at having a brighter future. The psychological harm caused to the children placed on the registry requires special attention, perhaps more than that given to adults because adolescence is a developmental period and any psychological harm in this period can lead to a lifetime of impairment. However, such irreparable harm to the juveniles can be specifically attributed to the public notification of registry in the US, a requirement which is not yet included in the Indian registry. Irrespective, the act of merely being branded as a “sexual offender” can have serious psychological impacts as it directly affects the self-esteem of the child in the formative years. Moreover, there is also a high chance of harassment of these juveniles at the hands of the police officials who have access to the registry. By the virtue of being included in the registry, these juveniles can be narrowed down by the police officials as probable accused very frequently which can lead to an unnecessary encumbrance in the formative years of their life. With no clarity on the specificities of registration of juveniles yet, there is also a chance that the juvenile offender might be required to disclose the school that he or she might be enrolled into which would have serious negative consequences on the educational opportunities available to these child offenders.

Looking at the severe harm that the Indian registry can cause to the well-being of the child, when the registry is based on false assumptions and has no evidentiary support of creating deterrence amongst the offenders, it raises the concern that being included on the registry would cause more harm to the children than the good that is supposed to accrue to the society out of it. The problem only amplifies with the fact that not only convicted juveniles but the children against whom even a charge sheet is filed will be included within the ambit of the registry and as a result would be subjected to the stigmatization and trauma attached with it without even being proven guilty of the offence. Not only does this violates the right of due process but also creates a problem of over-criminalization in an already backlogged legal Indian system. The intention of the government behind the introduction of the registry is understandable, but the inclusion of children on the registry, with the staggering juvenile rates of recidivism, would hardly serve the purpose of creating deterrence and making the society a more safe place for women. The American registry should be taken by the Indian government as a roadmap on how to not deal with the prevention of sexual offences. The objective of punishment is to prevent the criminal from committing new crimes and to deter others from committing similar offences. With neither of the objective being fulfilled by the inclusion of juveniles in the NSDO, appropriate policy changes should be undertaken by the Indian government. 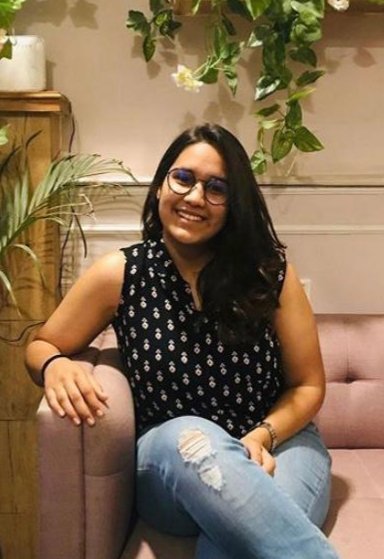